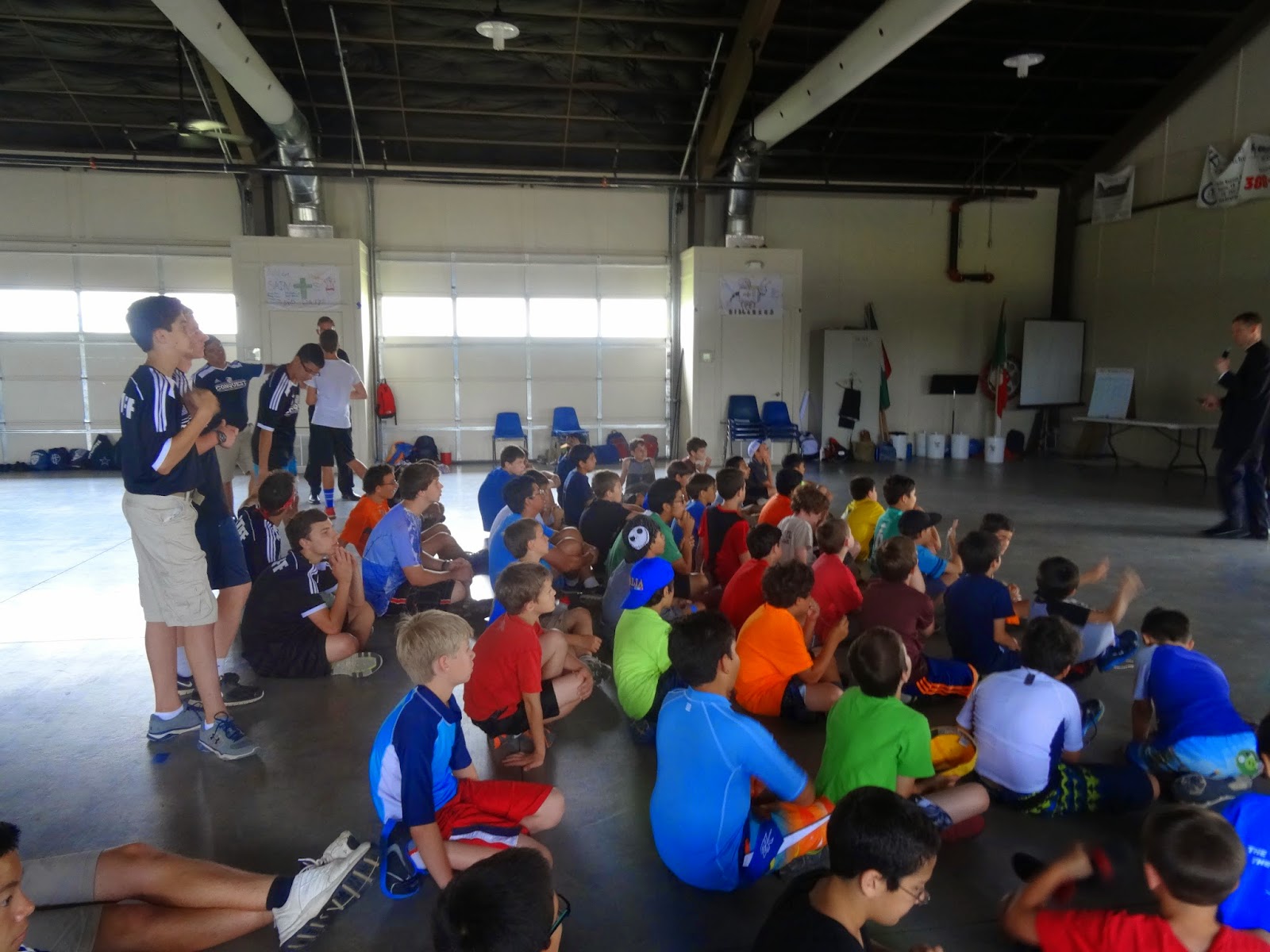 Day Camp TX – Round Rock launched on Monday June, 23 2K14. Leading the group are David Crawford, Fr Michael, Fr Michael, Fr Michael, and Fr Daren(whose middle name is most likely Michael), brothers and counselors. The day began at 8:30am with the arrival of 50 pumped and excited boys, ready to spend this week growing closer to God and friends while having a blast.
In his introduction, Fr Michael divulged the theme for this year’s day camp: Transformers. The talks are centered around transforming yourself into Christ and his apostle in all areas of life, specifically God, soul, neighbor, body.
The boys were divided up into 8 teams. Each team got together to determine their team name, cheer and flag. Here are some of the VERY creative names they came up with:
God Formers
Bible Bee
Optimized Catholics
God-o-Bots 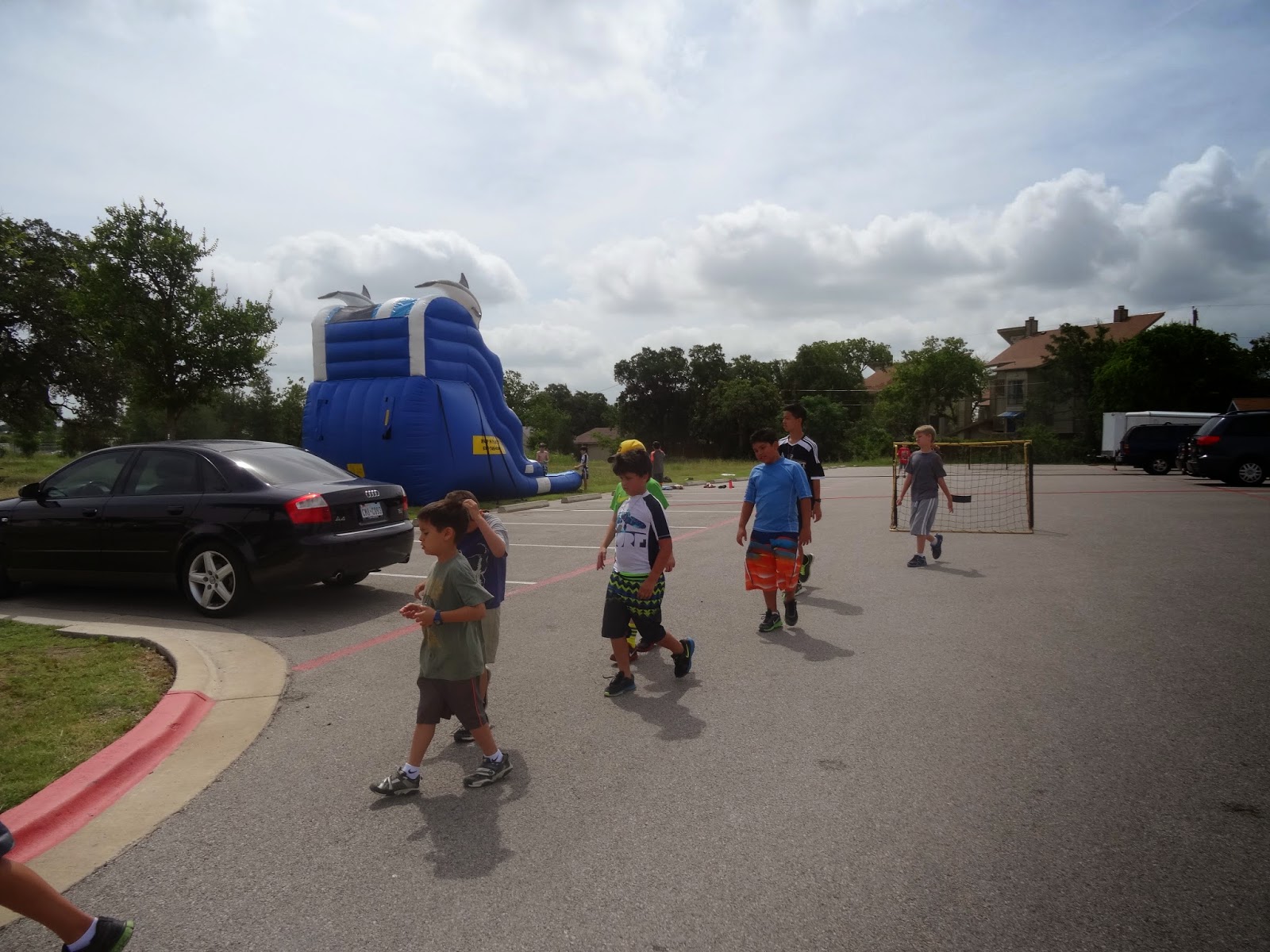 Having finished with the preliminaries, the boys split up into older and younger groups to play Decipticon ball, aka dodgeball. It was followed by an abundance of snacks generously prepared by Paula Nemec and company. Before lunch, they headed over to the main church at St William’s for Mass.
In the afternoon, the boys were introduced to the game “Capture the Energon”, a form of capture the flag. After capturing the energon, they united to pray the rosary and have another snack! The day ended with more FUN and a final trans-formation(talk). Day 1- TOTAL SUCCESS!